At the start of the summer I met a wonderful man named Tim. As we chatted over email we discovered that we were both planting vegetable gardens. Well, anyone who knows me has probably already guessed what happened next. My competitive nature kicked in and I challenged Tim to a garden competition...who could grow the best garden over the summer?

Well, to have a fair competition we needed an impartial judge. So we named Bri, Tim's youngest daughter, the judge. My radishes, broccoli, cherry tomatoes and green beans grew into amazing plants and bore much fruit. Tim's zucchini flourished and he had some decent green beans. But what about his corn? It did develop into corn...but it was quite small. And his mystery plant? No clue what that was.


Even so, as labor day approached the judge declared Tim the winner. How could she possibly deny I had the best garden with my amazing broccoli and green beans?  How could the man with the mystery plant win the garden competition? Even if he is the world's best dad? But I didn't complain...didn't protest...much. Instead I bravely took on the loser's task of fixing dinner for the family.


Will we have another garden competition next year, you ask? Highly unlikely! Instead we will have just ONE garden for both of us as we recently became engaged and will be married in February. Yes...two gardens become one. But that's another story to be told. 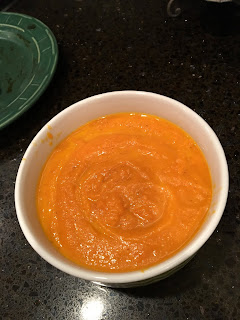